This quarry lays at 2000 m elevation. It was exploited across almost 1000 years and finally closed in the 1930s. It was replaced by a new on on the opposite side of the same mountain.

In the local patois Cabitto means hut or shed. Something like a rude and mean construction. At the moment I found no reasons for that as – vice versa - the buildings by the quarry look very nice despite out of use since almost one century. The reason could be found in the past history.

Marble used to be carried down hill on wooden sledges. Over the last few decades or its commercial life a railway was made which carried marble from 2000 m to about 1000 with an astonishing slope which in some point is almost 100%.

The marble layer is up to 60m thick. Mostly is white but large areas are grey or grey stripped.

The grey stones visible in the picture most of the time are white marble... The reason is that over time layers of lichens and various deposits pile up onto the rocks changing their colour.

In the book «Pinerolo antico e moderno ed i suoi dintorni» of G. Croset-Mouchet (Tipografia Municipale di G. Chiantore - Pinerolo – 20 luglio 1854) one can read: «... In this province there are also certain quantities of grey marble but most of all the white of Perrero. In old times these quarries were exploited and they supplied the marble for the façade to Turin cathedral St. John in 1498; then they were abandoned for lack of interest, lack of arts, or warfare. But recently they were revived thanks to the support of King Carl Albert who took from them the marble to build the Racconigi palace and many columns of the royal palace in Turin. Today they operate thanks to the work of the sculptor Cagini» . 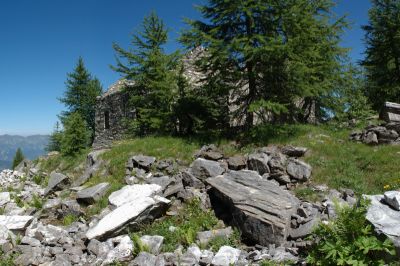 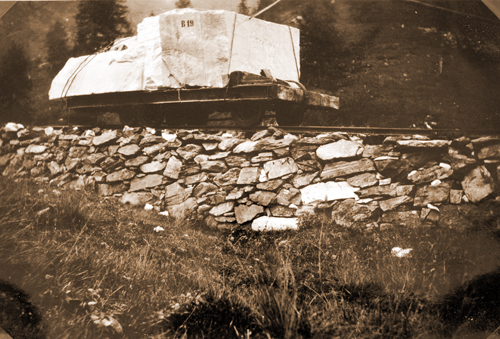 1934: a big load of marble descending form the quarry.
Picture taken by Piero Sartorio.
By courtesy of Sartorio family. 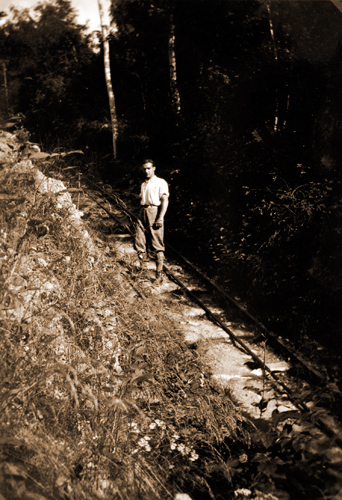 1934: the railway when it was still running. It the middle you can see the power cable.
Picture taken by Piero Sartorio.
By courtesy of Sartorio family. 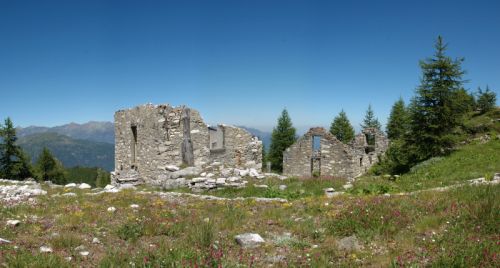 Inner part of a building 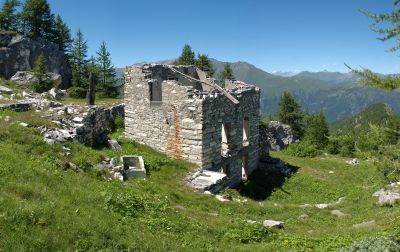 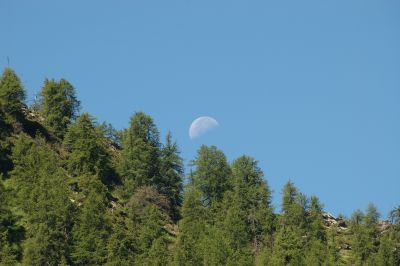 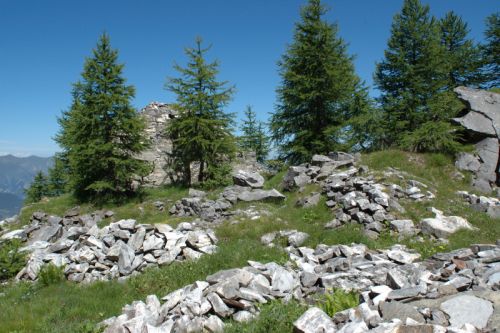 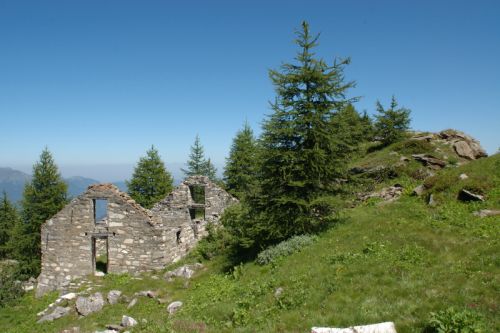