An early and very well known document that shows that Ibexes were present on the in older times is the “Histoire générale des églises Evangéliques de Piémont ou Vaudoise” from Antoine Léger. He mentions the incredible agility of them and the supposed health property of its blood.

The Ibex is very easy to approach. It does not fear to much the humans. This is the reason why it has almost disappeared fro the early in the 19th century. At that time, scientists of the Royal Science Academy of Turin suggested the King to protect the last Ibexes present on the in the Great Paradise area. The King accepted the suggestion and a Royal Hunting Reserve was established.

In the 1980s many re introduction project were started. One of them involved the neighboring regional . The operation was successful an the animals started immediately to breed autonomously.

Over the following years they spread on the surrounding mountains and they even “meet” animals coming for other introduction area.

The large availability of space – too much hostile for any other animal – helped a quick spreading of them. Nowadays they can be seen quite easily in almost any Alpine area suitable for them. 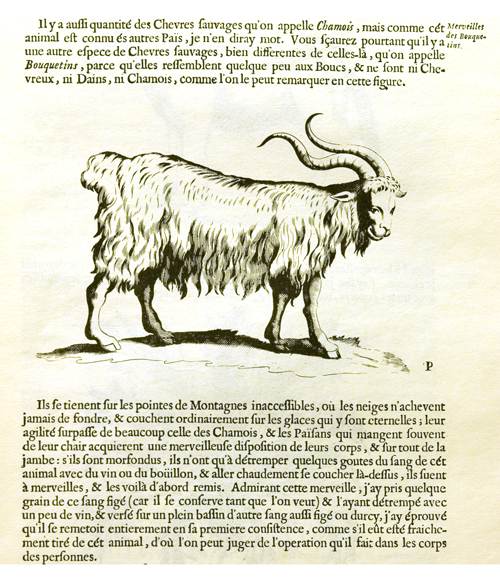 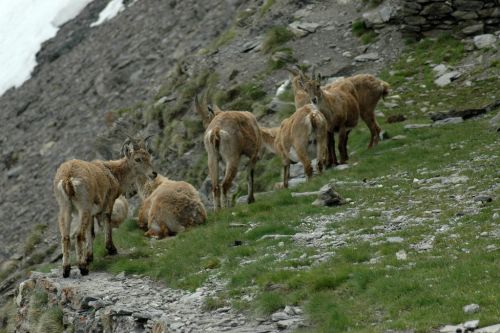 Group of females and yearlings 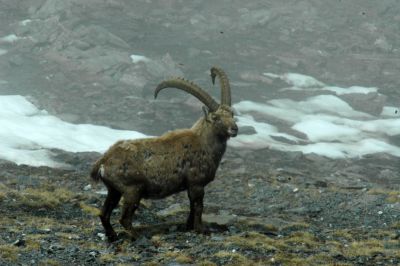 Jumping from a barrack

Picures taken at Col Frappier in 2005.