The first chairlift started to operate in 1959 and made its last trip on April 27, 2003.
By law, the technical life of this kind of equipment is 40 years. Some special initiative stretched the life of the facility up to 2003 but then there was no possibility to continue.
In principle, by making a major refurbishment it was possible to begin again the life of the chairlift. In practice it was not worth to do this because of the high costs and because it was functionally obsolete. In the 50s it was normal to make single place chairlift and it was necessary to carry the skis by hands. The refurbishment would have allowed only to restore the original features. Nowadays they are normally faster, multiple places and allow to keep the skis on the feet.
The 2006 Turin Olympic games gave a chance to find additional financial resources and allowed to start the rebuilding project.
CCM was the company chosen to make the new chairlift. By accident this company is the one that many years ago bought the old Marchisio that made the preceding one.
Works begun in 2004 by demolishing the old facility. Then the foundation of the new towers were prepared and on August 3, 2005 the main chairlift was installed in about 3 hours by a Super Puma Helicopter of the Swiss Helhog and by an handful of Super-Men that did the job under the astonisched eyes of inhabitants and tourists.
Then the finishing continued over some months and on December 27, 2005 the chairlift operated the first time.
After the helicopter mounting of the main body, works continued on the upper chairlift Bric Rond.
Time was short so it was decided to start building the foundation before dismantling the old facility. This was possible due to the slightly different position of the new one.
On October 25, 2005 the Super Puma come back and fit the second chairlift.
On December 29, 2005 the evacuation test was made and the chairlift was allowed to operate.
A new age had begun for Praly. For some decades more, inhabitants and tourists will enjoy the new facilities, the ski resort and the easyer access to the upper mountains. 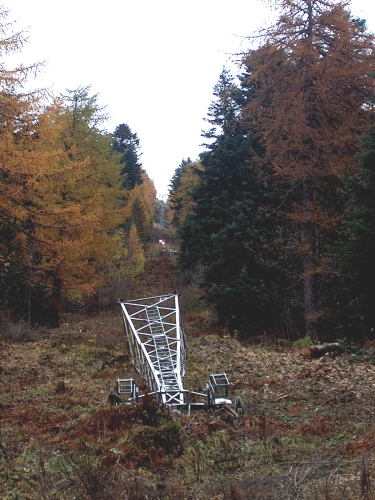 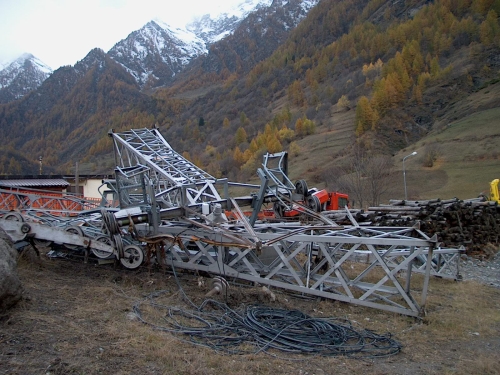 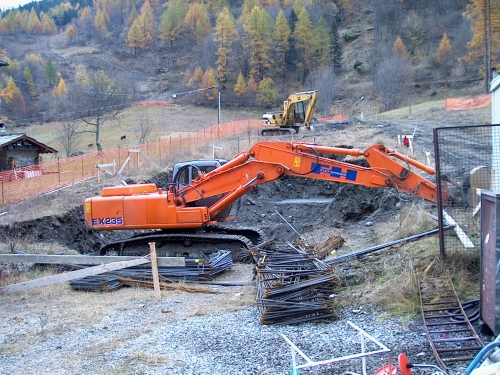 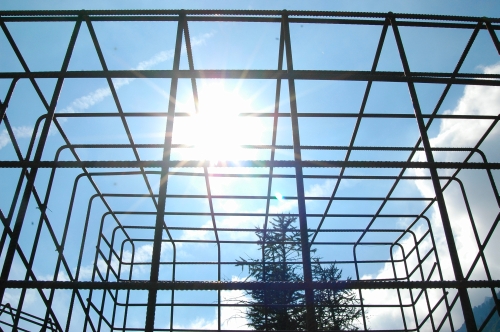 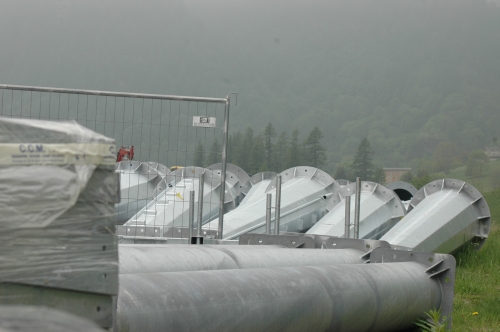 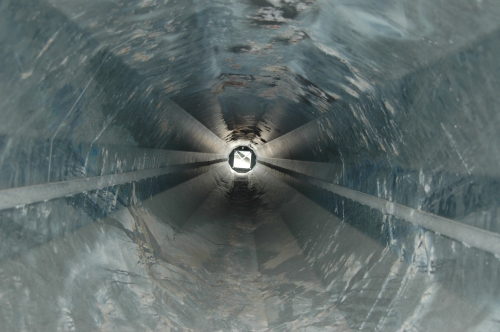 A new tower seen form inside. 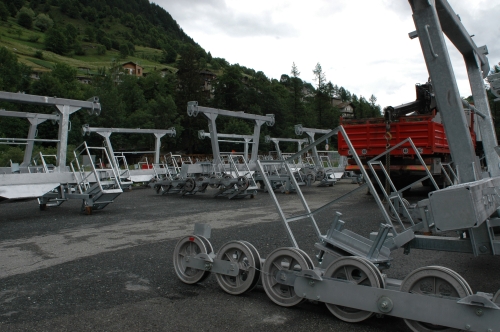 The Helicopter takes off the first time! 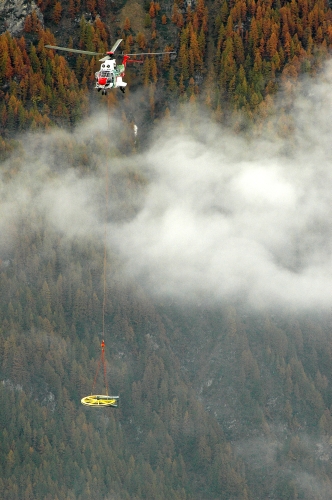 
One tower is fit.

The arrival... of the arrival station.


Lifting of a big sheave.

Fitting of one sheave.