Copper mines are far less common and less documented that the talc ones.
In the Germanasca valley there are 2 main groups in the Vallone delle Miniere and by Grange Pouzét.
They finished operations at the beginning of the 20th century. Some tunnel entrances remain open but, as they were fewer, older and smaller as compared to talc mines, their remains are little visible. More visible structures can be found in the neighbouring valley Chisone in the area of mount Beth where bigger mines have been in operation up to 1904 when a big avalanche destroyed the facilities and killed most of the workers. 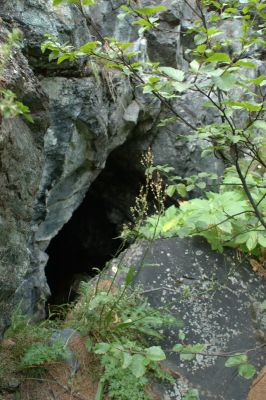 Old documents – from 1800 backwards – mention frequently copper in the Germanasca Valley. As names have changed over time it is not always easy to make sure they actually are the same sites we know today. However, as copper have been actually found we can trust these documents, at least to an extent.
The largest data collection I am aware of, was made in 1808 Anton Maria Vassalli-Eandi while studying the reasons for the earthquake that hit the area in that year.
It looks awkward that a search for mines is part of this study!
The reason behind is that, at that time, the most credited theory about the origin of the earthquakes was the one about the pyrite fermentation.
Today it looks silly. But at that time it was the state of the art. We should remind that the idea that continents move around was understood only in the 50s of the XX century.
Basically, the pyrite fermentation theory stated that underground there are large masses of pyrites and large caverns. When water gets in contact with pyrites the mineral melts generating inflammable chemicals that fill the caverns. Then, from times to times, the natural electric phenomena that happen in the ground, generate explosions which set on fire the caverns and extend to coal if any.
This was supposed to be the ultimate cause for the ground movements.

Because of that, Mr.  Anton Maria Vassalli-Eandi have been looking for all the mines in the area including any kind of mineral.
The research is not fully reliable as it is based on interviews and older documents; apparently no field research was done.
Nevertheless, when he deals specifically with copper, he mentions sites that should be the same still known today. In some cases he quotes people that did filed research, they collected calchopyrite and roasted it in order to separate the actual copper form the useless mineral and chemicals reaching measurements of the available quantity of minerals.

From 1800 onwards the situation is more clear.
In that period of time metals were very important and governments started to make laws about mines exploitation much earlier than they did for non metallic minerals.

There was an institution called Royal Mines Body which took care of allowing permissions, controlling activities etc.
Over the time other institutions took over this responsibility and the archive was given to the National Archives and are today available in the Turin facility.
Going trough those I found the main steps of the Vallone delle Miniere. 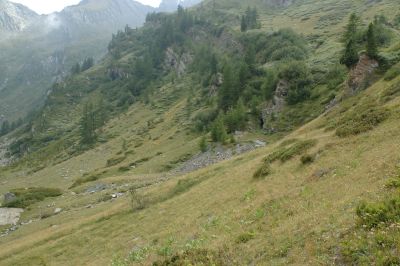 1847: the presence of copper mines is listed in the book “Dizionario storico geografico degli stati sardi” written by Goffredo Casalis.
1956: The company “L'Esploratrice” is granted the permission to search for mineral. This company was founded by Camillo Cavour with the target of improving the use of the mineral resources of the state.
1871: Giovanni Regis is claims the permission for itself on the ground that the preceding company did not work in the area too long (the permission contract stated that if works stop more than 2 years the permission is automatically cancelled).
1902: Cirillo Tron has the search permission and does major works as described by many documents.
Sometimes later activities stop and never started again. 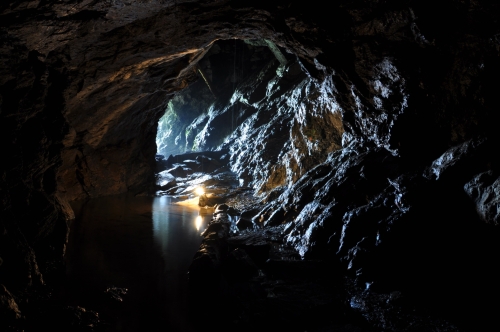 Basically, the quantity of available mineral was very little. 7 to 15% on the total mass of the stone and the thickness of the useful layer was from few millimetres to some centimetres.
The world was changing. Importing for the Americas where large quantities of native ore were available was becoming cheaper and this kind of mining was to disappear forever.

As far as I understood, no copper was ever commercially extracted from the mines. Only search works were made. I am not sure about old times. But even if somebody actually collected copper, by sure it was an occasional activity which did not leave major visible traces.

One document linked to the grange Pouzét mines is very interesting from this standpoint.
At the end of his report about his visit to the works, the inspector of the authority declares “I really have no means to suggest any further search activities". 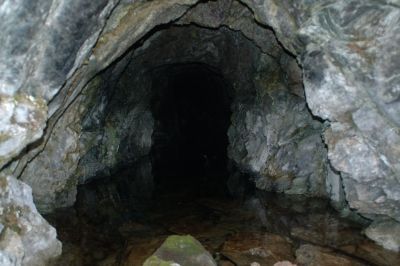