Useless to say that somebody already explained what is a Decauville in the Wikipedia. Just for quick reference I would like to quote the following:

“Paul Decauville (1846-1922) was a French pioneer in light railways. His major innovation was the use of ready-made sections of light, narrow gauge track fastened to steel sleepers; this track was portable and could be disassembled and transported very easily. The first Decauville railway used 400 mm (153⁄4 in) gauge; Decauville later refined his invention and switched to 500 mm (1 ft 73⁄4 in) and 600 mm (1 ft 11½ in) gauge.” 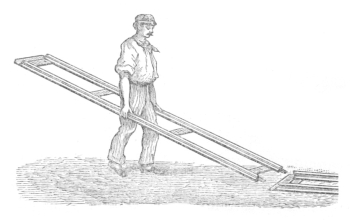 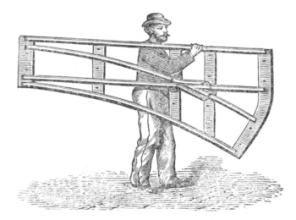 Surce of the drawings: Lavori di terra dell'ingegnere Giuseppe Martelli; Ulrico Hoepli; Milano 1881.
Portions ot tracks can be easily moved and fit. In this book the author highlights that 4 workers can move 400 meters of track 30 meters apart in 1 hour and 15 minutes.

To understand the root reason for this invention, we have to remember that at that time the heart moving equipment practically did not exist. Works used to be carried out by hand or using simple tools. More specifically, when large quantities of materials as sand, rocks etc. had to be moved then some kind of transportation mean was needed. Of course there were carts pulled by horse or oxes, but their wooden wheels could not move on the soft ground generated by works. The railway was the only chance. But making a full railway was horrendoulsy expensive, technically difficult an time consuming. Decauville invented ready made components that can be assembled without specific skills, that work correctly on soft ground and were quite cheap.

Of course many other manufactures started to make the same thing.
This system was so widely used that it was even advertised on consumer books as the Continental Guide Itineraires of 1904 where the famous (for that time...) car manufacturer “Panhard & Levassor” highlights amongst its production Tractors for Decauvilles. 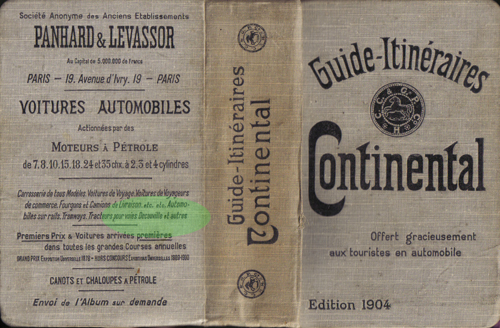 Cover of the Continental guide of 1904.

Here we have examples of Decauvilles operation in the Germanasca Valley by the mines of Malzat and Sapatlé.
Movies dated '50s taken from Piero Sartorio.

Vice versa it is interesting to see some local details about them.
They were introduced in the mines of the valley at the end on 19th century. The were widely used over about a century and the last ones were used up to the 90s of the 20th century when the new Rodoretto tunnel come into service. This one does not rely any more on railways but on trucks and tyred equipment.
Decauvilles or, most of all, what remains of them can be found almost anywhere across the valley.
It is common to find tilting trams originally used on the decauvilles transformed into fountains. Many can be found abandoned around the old mines facilities. 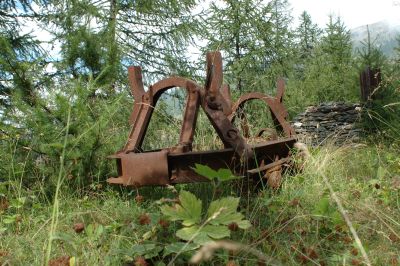 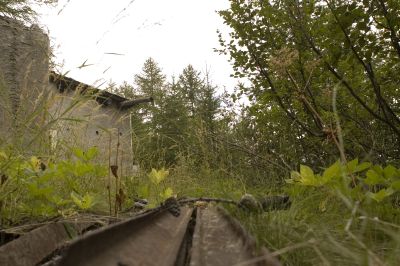 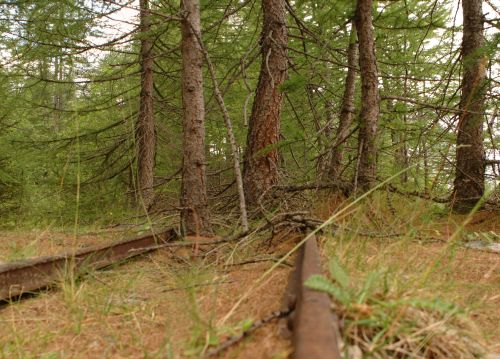 Decauville invaded by the plants at Envie mines in 2007. 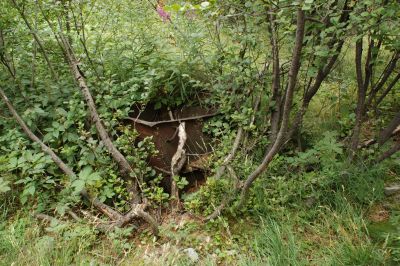 Decauville at Envie mines in 2007. 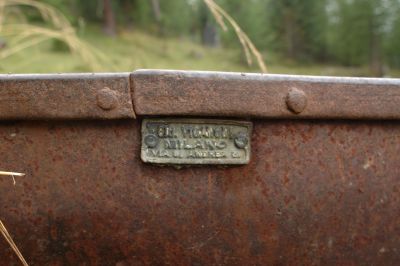 Trade name of a tilting tram at Envie mines in 2007. 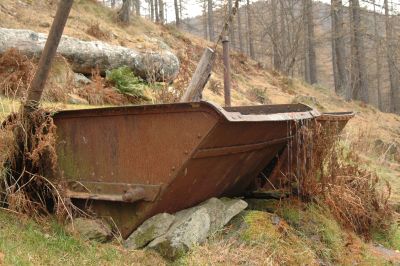 Tilting trams converted into fountains at Malzas in 2006.