Laburnum anagyroides is common from the plane to about 1800 m.
In Italian it is called Maggiociondolo which means "Pendant of May". In fact, it really blooms in May in the plane but  up to June-July at highest elevation. 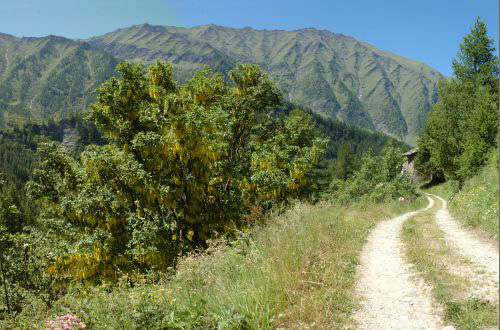 Complete plant with flowers. About 6m across.
Selle. Spring 2007. 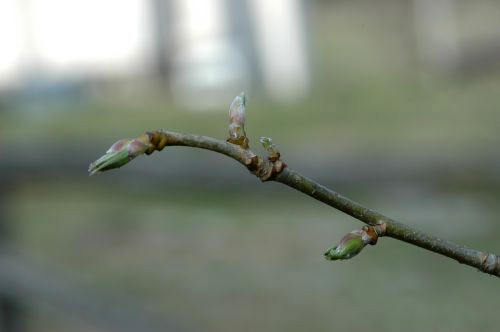 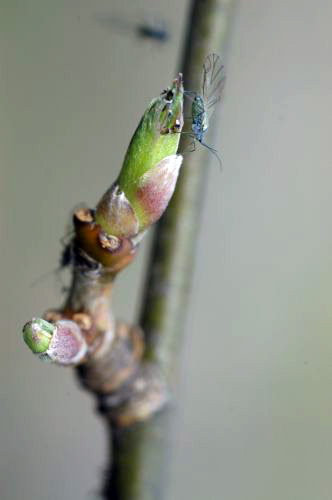 Branch with gems and an insect.
Ghigo. Spring 2007. 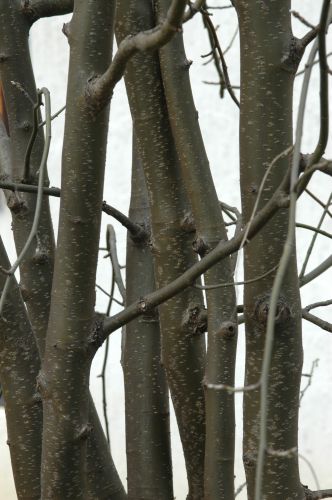 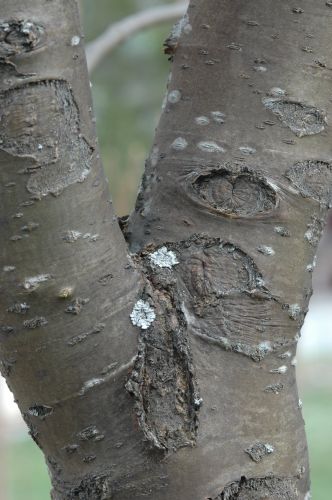 Detail of the bark on younger and older wood.
Winter 2007. 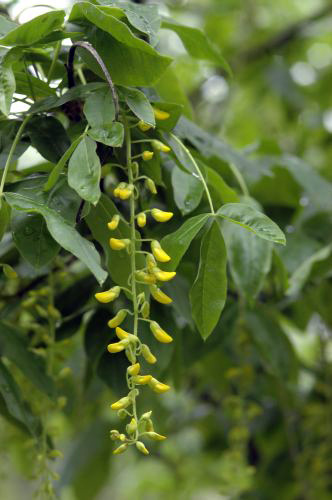 Detail of the flowers prior to blooming.
Ghigo. Spring 2007. 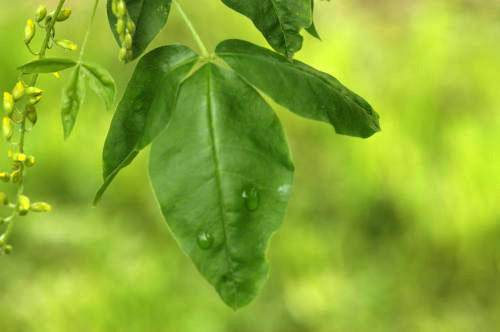 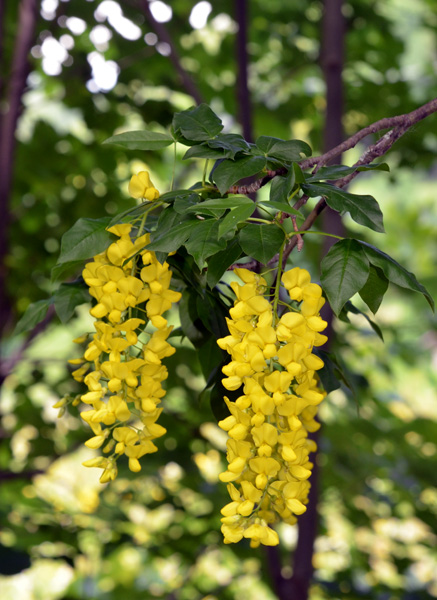 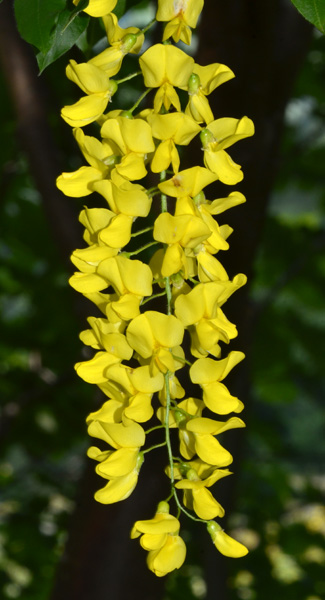 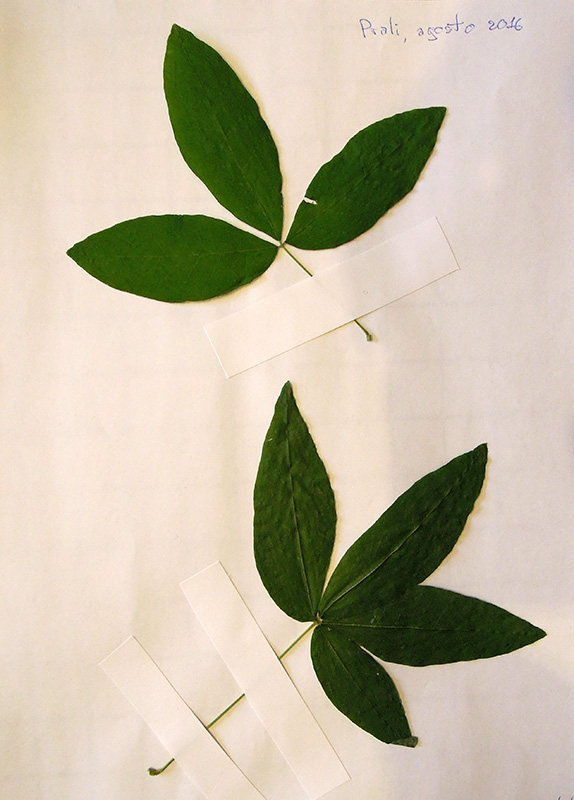 Abnormal leaf with 4 lobes as compared to the typical with 3.