Prunus spinosa remains very little at high elevation. In the area of 1.000 to 1.400 meters elevation it is usually smaller that 40 cm. In this area at lower elevations it can reach a couple of meters or more.
It flowers before showing any leaf. It has hard spiny branches.
It is part of the same family as all plums. For this reason, and due to its robustness, it was commonly used as rootstock to graft scions of any plums. Nowadays it is less used as specific cultivars were selected instead. 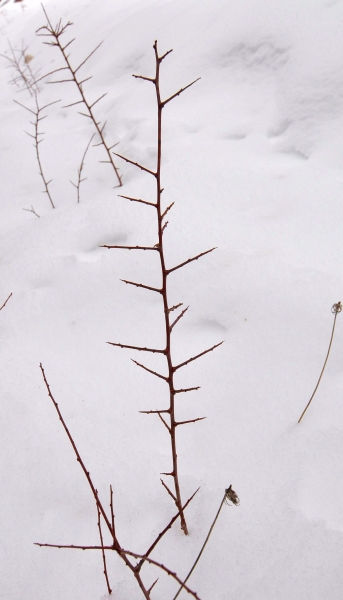 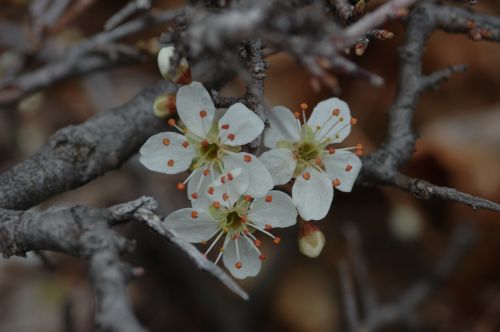 Detail of the flowers.
Picture: spring 2008 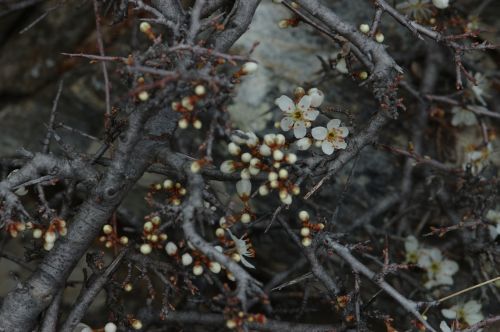 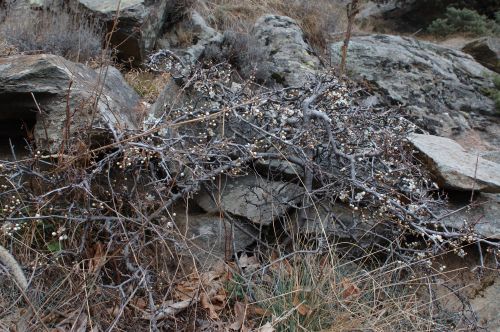