1915.
An entrepreneur makes a modern gift to the manager of his company: a photo camera.

1922.
On the seaside, a father teaches his son to take pictures.

By sure, that entrepreneur, in that very moment, didn't imagine that one century later we would have been grateful for his gift.

The entrepreneur was Pietro Villa, main share holder of the Talco e Grafite Val Chisone, a mines company operating in the talc and graphite business sin the area of Pinerolo.
The manager was Damiano Sartorio. He was of paramount importance as in 1907 he handled the company change from the preceding “Anglo Italian Talc and Plumbago Mines Company” to the new one.

The gift was very special as it was extremely innovative and it pushed Damiano to start taking pictures.
Some years later his son Piero started to take pictures himself. Over the year this become a real hobby and he documented most of his life with photo albums.

At a point in his life, Piero felt the desire to make a better job. And he started to write down comments for each one. And he goes on for years.

And today we are here! Piero left us a fantastic photo archive including comments.

An history book of the first half of the XX century that allows us to make a trip with the time machine to meet the people that built the world we are in today.

By courtesy of his family we can enjoy together this trip. 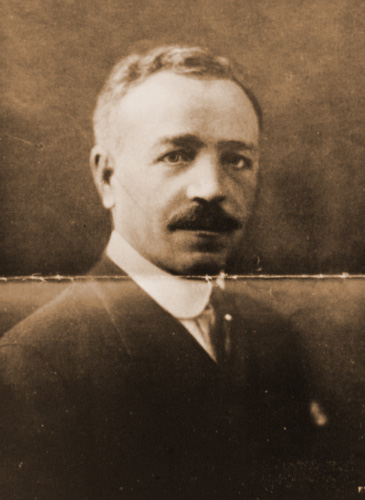 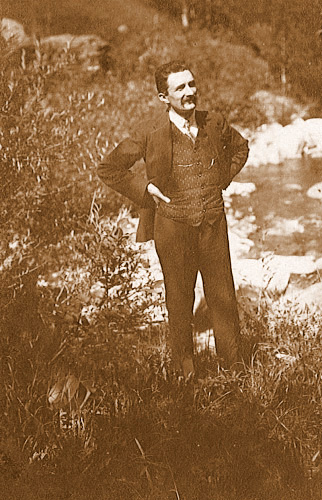 This is daddy in 1915. Dark hair and moustaches. He is 35 years old. Just a bit earlier Mr. Villa gifted him a photo camera Kodak 6 ½ x 11. This picture was taken with it. Here he is in Perrero, where mammy and I spent 2 months at summer and he come each week end. He is near the Germanasca stream in a place that I cannot recognise but should be near the cable way.
Picture and comments form Piero Sartorio. 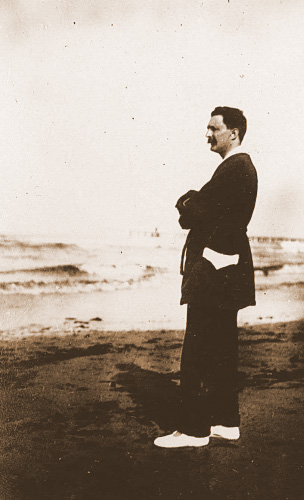 Here we are in Forte dei Marmi in 1922. One day, early in the morning, daddy brought me on the sea shore and gave me the first hints about the camera. May be this picture of him is my first result.
Picture and comments from Piero Sartorio. 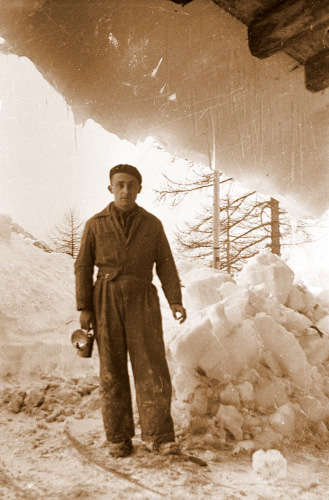