Damiano Sartorio, Piero's father and author of many of the old pictures I included in this site, was a friend and a relative of Ugo Cavallero who, at that time, was president of the Ansaldo company (a state owned heavy industry company).
This friendship allowed family Sartorio to be invited to the launch of the Rex, at that time the largest transatlantic ever built. The launch happened on August the 1st, 1931 with the participation of King Vittorio Emanuele III and Queen Elena.
Accidentally, some years later, Piero was to travel to the United States on this ship. 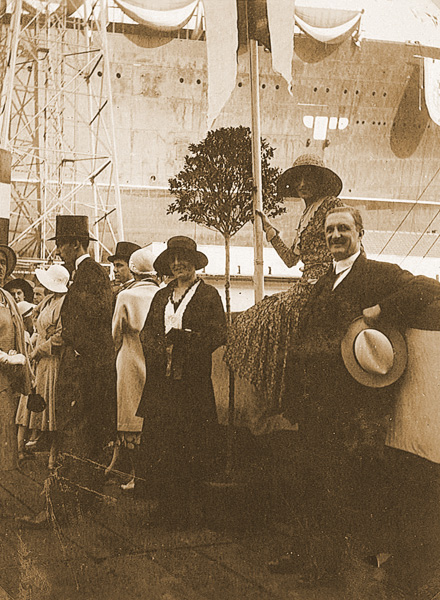 At that time there was the launch of the Rex, one of the largest transatlantic in the world. Cavallero was president of Ansaldo and I don't know if he was already part of the board of directors of Talco e Grafite. In Genoa, amongst the guests my mother an father [on the right] and the lady with the large hat sitting on the wall seems to be Ms. Villa.
Picture and comments form Piero Sartorio.