Due to the protestant religion deeply rooted in the valley, since long time ago foreign protestant country spent a lot of attention to this area. Many relevant people were sent form Kings and governments to support the inhabitants of the valleys.
These “early-tourists”, in addition to the main purpose of their travels, frequently wrote books enriched by beautiful engravings. So, today we can enjoy images of villages and landscapes as they were a couple of centuries ago before photos were invented.
When postcards were invented also a number of them were produced and nowadays they preserve the memory of the village and its surrounding as it was many decades ago.
In this section I try to collect some meaningful examples. 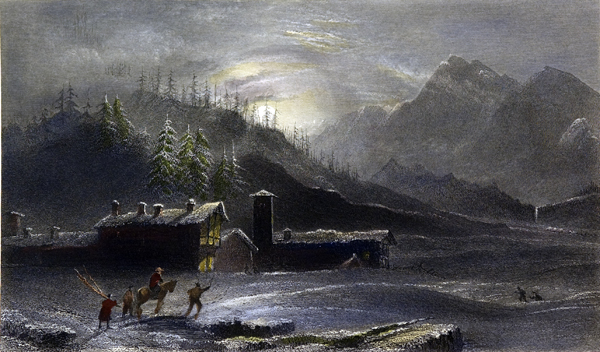 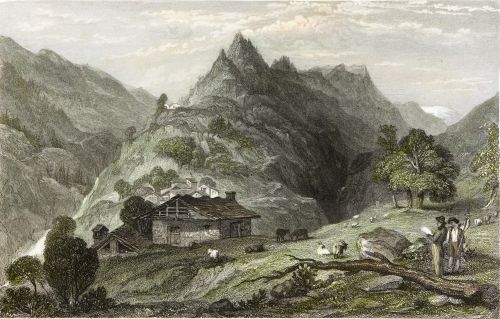 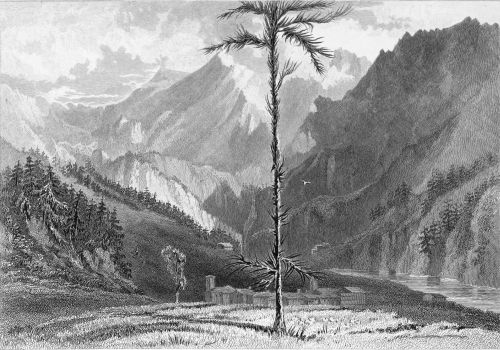 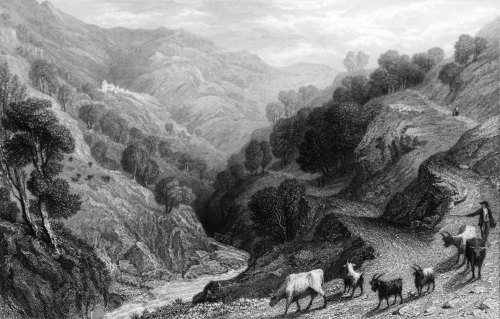 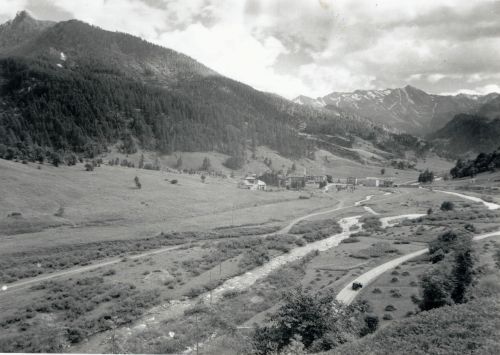 The buiding  standing at the centre is the  start of the Envie cableway which was used to bring the talc down form the mines. 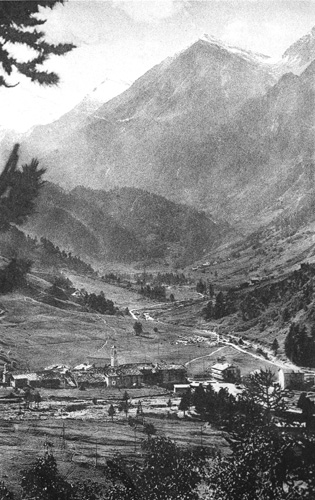 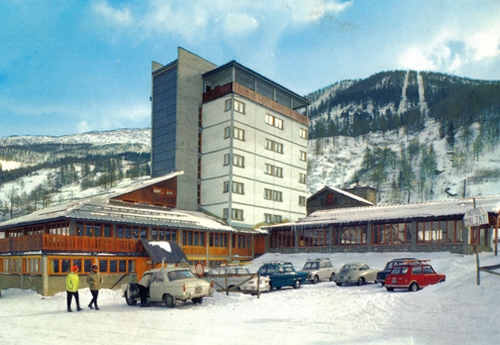